How To Celebrate International Tiger Day In London

As some tiger enthusiasts may already know, 29 July is International Tiger Day. This year, it falls on a Friday during the school holidays, so it’s a great opportunity for the whole family to get together and celebrate with all things tiger themed. Here are some ways you can make the most of your love for everyone’s favourite striped cat.

SEE THE TIGER WHO CAME TO TEA

After a tour of the UK, The Tiger Who Came to Tea theatre show returns to London’s Theatre Royal in Haymarket this July, and what better way to mark Tiger Day than with a trip to see the show? It’s perfect for kids aged three and up, being specially created for children. The production lasts just 55 minutes with no interval, and on Friday 29 July there are two showings: one at 11am and another at 1.30pm. It’s one of many great tiger-themed things to do in London with kids so book your tickets today!

SEE TIPU’S TIGER AT THE V&A

One of the Victoria & Albert Museum’s most intriguing objects, Tipu’s Tiger is an almost life-size model of a tiger mauling a European solider. The theme of the model is a bit grisly, but that’s because it was made for Tipu Sultan, the ruler of Mysore in South India. Tigers and tiger stripes were a big part of Tipu’s personal style, and he fiercely resisted attacks from the British East India Company on his kingdom. Perhaps the tiger represents Tipu defeating his European adversaries? Inside the tiger is a small pipe organ, which can be played by turning the handle next to it.

If you’re looking for free activities in London to celebrate Tiger Day, did you know you can go tiger spotting on the streets? Of course, there are no real tigers roaming around the capital, but there are lots of artistic representations to be found. Why not create a checklist and see how many you can find?

There’s a large reproduction of Henri Rousseau’s tiger on the wall of Charing Cross underground station – or you can see the real thing at the National Gallery. You’ll also find a mural that was created in homage to William Blake’s poem, Tyger Tyger, in the area either side of Old Street in Finsbury.

To round off a busy day of tiger themed activities, you can do some crafts at home. Why not create a jungle in your living room with coloured paper? Cut out leaves from green sheets and make your own tiger from orange and black paper or card. Or try out your baking skills by making a tiger cake – you’ll be surprised at how easy it is! Round off the day with some tiger stories at bedtime. The Tiger Who Came to Tea is, of course, a favourite, but you may also like There’s a Tiger in the Garden by Lizzie Stewart, or Maybe… by Chris Haughton.

If you’re looking for top things to do in London this summer, don’t miss The Tiger Who Came to Tea theatre show – book your tickets now! 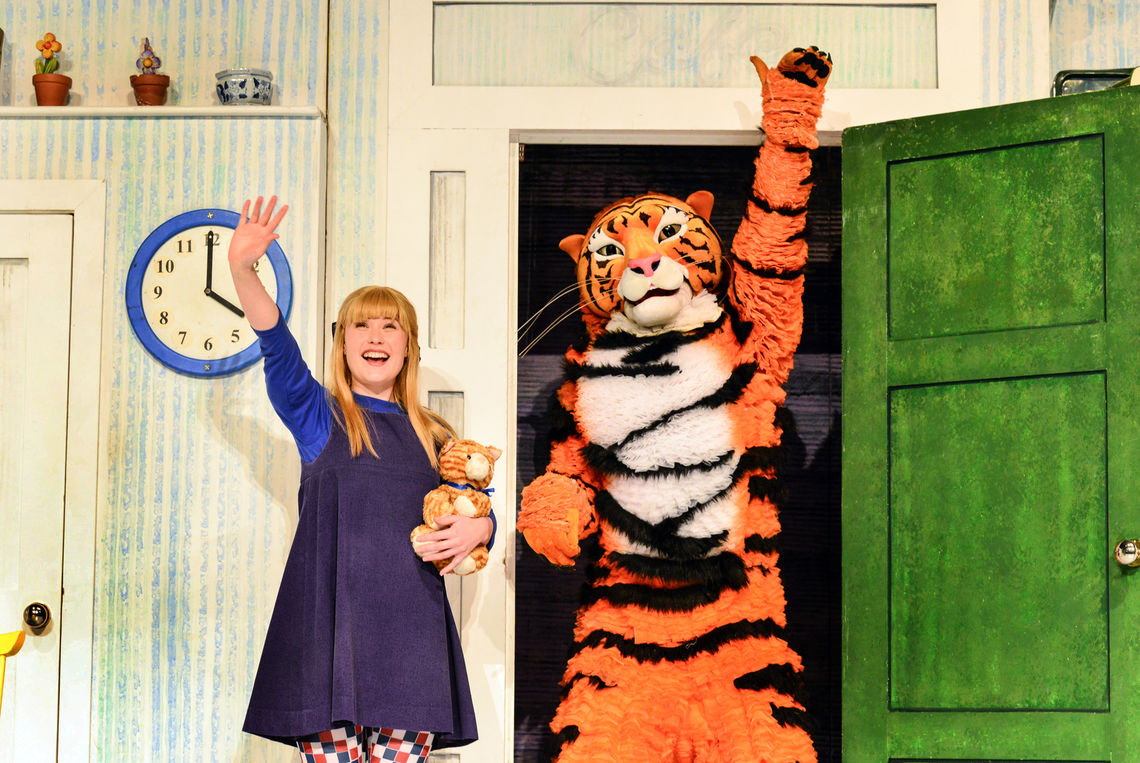 Sorry, your browser is out of date
The web browser you are using is too old to view this site. Please update your browser or use the current version of Microsoft Edge, Firefox, Chrome or Safari. Thank you!